It was the early noughts, the heyday of acoustic guitar forums. I can’t quite recall how I came across Little Brother, but it would certainly have been on one of the many forums that I was a regular on in those days, maybe the now defunct Acoustic Guitar magazine forum, or Harmony Central, or maybe The Acoustic Guitar Forum? Who knows. The details aren’t important.

I’m planning to make this blog post into a documentary resource of the jams, based on photos, video and, best of all, memories. This was an incredible time in my life – I moved to Luxembourg in 2001, got married in 2002 and had our first child in 2004. When I flew out to Georgia for the second jam in October 2004, my daughter was six months old. I remember playing a little ditty to mark the day, a silly little song I’d written called the Freya Shuffle.

I was playing guitar obsessively around this time and spending much of my non-playing time on forums talking guitar and making friends. Travelling to Georgia for the second Little Brother Acoustic Jam in September 2004 was a life-changing event in my life. It’s so nice to look back on that now as I write this in 2020 and go through old photos and videos to write this post. It’s the friendships, you know? It was such a magical thing that I can’t even fully express with the written word.

A collection of guitar nerds gathering together under the hospitality of two amazing people, Little Brother and his amazing wife, Kay. I’m actually feeling my eyes moisten a little as I write this. The memories are so strong and so positive.

The first Little Brother Jam was in the weekend of 18 October, 2003. I didn’t attend, but I watched the content that was coming out on the forum as it was happening and felt real pangs of FOMO. I made sure that I didn’t miss out again!

The jams ran over consecutive years from 2003 – 2007. Hang on, I think there might have been one in 2008 at a different venue. I didn’t make that one because I’d just moved to Arran and bought a Post Office. I have no info on that one at all; in fact, I’m not even sure that it happened. I might be remembering things wrong. Wouldn’t be the first time!

The was a reunion one-off jam in 2011, which coincided nicely with my 40th birthday. In fact I was at the jam when that auspicious day arrived. I believe there’s some video footage somewhere of the birthday song, and maybe of Steve Tribbet’s ripping the utter mickey, wearing a fake kilt and making me laugh so hard. I think that was that year. 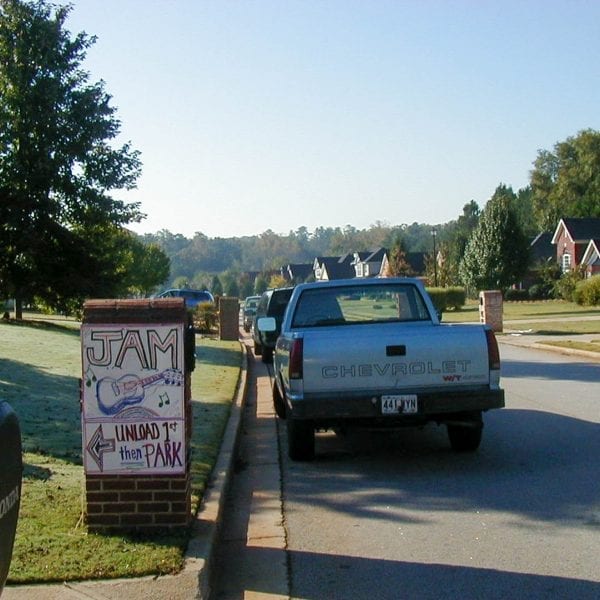 2003 Jam So I wasn’t there, but I do have some photos that I can share. I’m not sure whose they are – either Kelvyn’s or Jon Burdon’s I think.… 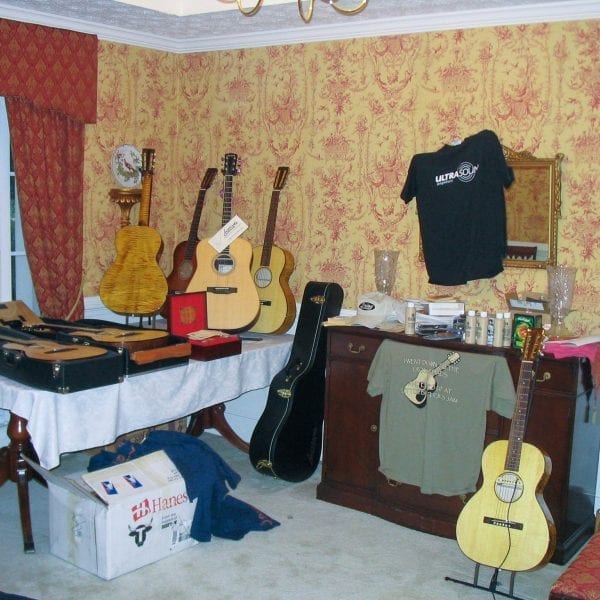 I still have my emails from when I was planning my trip to my first LB Jam and it’s really fun reading through the history. The front room. The whole…

Cams is a guitar enthusiast living on the Isle of Arran in Scotland with his wife and two teenaged children. He has a fine collection of instruments and enjoys playing live around the island.